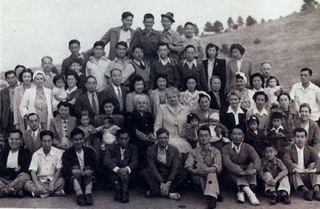 Beginning in June 1942, as many as 177 Japanese-American teachers in Boulder educated more than 1,200 servicemen in what was considered a top-secret program. After the war, the students provided vital help during the occupation, and many later pursued careers involving the Japanese culture.  Read More
Post a comment