Tags: so that all generations will know 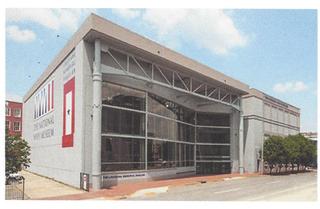 The National World War II Museum's mission is to present WWII history, "so that all generations will understand the price of freedom and be inspired by what they learn."
The mission was clear. To tell the story of the American experience in “the war that changed the world.” Why was it fought? How was it won? What does it mean today?

Historian and author Dr. Stephen Ambrose spent years studying World War II. He wrote the best-seller Band of Brothers that was made into a movie and an award-winning miniseries, a multi-volume study of Supreme Allied Commander Dwight D. Eisenhower, D-Day and Citizen Soldiers.He advised on the movie Saving Private Ryan. But that was not enough. He had 2,000 oral histories and so much more information. He decided his home-town of New Orleans, which had manufactured the landing craft that made amphibious invasions possible, was the place for a comprehensive museum that would tell America’s whole story. He wanted a permanent and powerful teaching tool, so that “all generations will understand the price of freedom and be inspired by what they learn.”

The National WWII Museum, financed by private donations, opened on June 6, 2000, the 56th Anniversary of D-Day, when Allied troops splashed ashore in France. Originally called the National D-Day Museum, the facility has grown to a 5-acre establishment in central New Orleans with five soaring pavilions that tell the stories of different aspects of the war. Another two pavilions are under construction. Funded largely by private donations, the museum, Ambrose said, was a “love song to democracy.”

There is much emphasis on the individual’s experience. Special exhibits covering the Road to Berlin and the Road to Tokyo feature Dog Tag stories. Participants board a train car and select the person whose story they will follow from basic training through their wartime experience. They visit kiosks in succeeding galleries each holding another multimedia chapter of their service person’s experience. Included are such things as a nurse’s roll of surgical tools, a letter from a soldier’s mother, and Chinese baskets one soldier used to pack for home when peace was declared.

The museum, the top-rated tourist destination in New Orleans, is designated by Congress as the country’s national museum of WW II. It is affiliated with the Smithsonian. It annually hosts many events concerning WWII. Special shows are presented daily, such as music of the era in BB’s Stage Door Canteen, and a Bob Hope’s Thanks for the Memories show. Movies are available, and special experiences, such as riding along on the final tour of a US submarine in the Pacific. Visitors are advised to allow a a minimum of 2 1/2 hours to view exhibits. Many devote much more. The museum provides teachers’ guides to facilitate studies of the war and annually holds a Student Essay Contest and a High School Quiz Bowl. It also sponsors a travel program that arranges historical tours, publishes a quarterly news magazine and maintains a comprehensive, multimedia website, www.nationatww2museum.org. It is open all year with the exception of three major holidays and Mardi Gras Day.
Read More
2 Comments

Unfortunately, the lessons of WW II (and all wars) never are remembered by succeeding generations. Eventually our country will be covered by memorials. I wish people would, indeed, learn from experience.

Sadly true. But those of us who remember how it was, have to keep telling the stories.