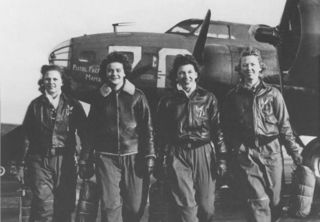 Web site www.wingsacrossamerica.us/wasp contains indexed photos of these enthusiastic, capable young women, as well as clippings and mementos of their years of service.
Read More
1 Comments