Ralph Carr: Friend of the Friendless 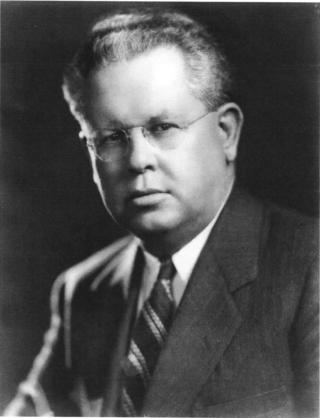 The name of Colorado governor Ralph L. Carr, 1887-1950, who championed the freedom of Japanese Americans, is memorialized in the Ralph Carr Judicial Center, which opened recently.
Seventy-five years ago, Colorado governor Ralph Carr was faced with a decision. On February 20, 1942, President Franklin Roosevelt signed Executive Order No. 9066 requiring the 120,000 Americans of Japanese ancestry who lived on the Pacific coast be removed from territory vulnerable to attack by Japanese naval forces.

When the Japanese military delivered the devastating attack on Pearl Harbor on Dec. 7, 1941, without warning, horrified and angry Americans considered it the vilest treachery. Filled with growing fear, as the powerful Japanese military machine easily advanced across the Pacific toward our west coast, Americans believed anyone with Japanese blood should be considered capable of similar betrayal. That two-thirds of them were American citizens seemed unimportant. The safety of the nation was paramount.

Carr was horrified at the order. American citizens were to be deprived of their homes, businesses and freedom only because of their ancestry. He believed strongly in constitutional rights. He thought the Federal government had far overstepped its authority.

The controversy over Order 9066 was immediate and vocal. But it was not about the rights of the Japanese. It was about where they would be housed. Gov. Carr had already received hundreds of calls and letters from his constituents declaring they did not want those “yellow devils” “slant-eyed vipers” “Jap barbarians” contaminating and endangering their state.

By Feb. 28, the federal government had decided the Japanese Americans should be housed in the Rocky Mountain states; the U.S. Army asked 10 Western states to step up and help them solve this serious issue. A cable arrived in each governor’s office asking how many of Japanese lineage their state could accommodate. Carr, who idolized Abraham Lincoln, ask himself, as he always did when pondering an action, “What would Lincoln do?”

That night he delivered a state-wide radio address that gave his answer. After listing the continuing victories of the Japanese offensive—even shelling a Santa Barbara gasoline depot— he said the Japanese had “the most dangerous war machine that has ever been assembled.” And the army was asking their help. He urged Coloradans to “be good soldiers” and pledged: Colorado will do her part and more to help the war effort." It was the patriotic thing to do. No other Western governor made such an offer.

Before the war began, Carr’s successful governance of Colorado was drawing national attention. Now the popular governor was being urged to run for the U.S. Senate. He knew his stance on Japanese rights would hurt his chances, and he was defeated. But he continued to speak out for the Japanese for the remainder of his term.

Thanks for spotlighting one of my heroes. It's nice to think that some public officials have personal integrity.

I didn't know that Carr resisted the Japanese camps. I'm glad there were those who remembered the constitution. That property was seized is beyond me? Why? Perhaps opportunity for the greedy. Thanks for posting.