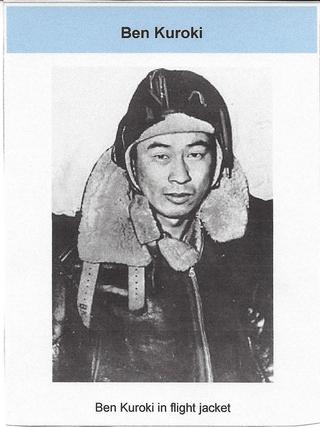 Kuroki was awarded three Distinguished Flying Crosses, as well as the Air Medal with five oak leaf clusters for his missions flown in Europe. He was discharged in 1946 and began what he called his 59th Mission: fighting prejudice and discrimination. He earned a BA in journalism at the University of Nebraska, and worked for several newspapers before retiring in 1984. His outstanding combat record spanning Africa, Europe and the Pacific was finally recognized in 2005 with a Distinguished Service Medal. The University of Nebraska awarded him an honorary doctorate, and PBS created a documentary, Most Honorable Son: Ben Kuroki’s Amazing War Story, which aired in 2007, when he was 90. There are also two biographies of Kuroki and his story is included in several histories.