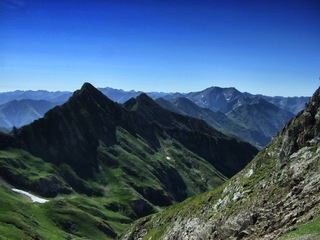 The Freedom Trail Association was formed after the president of France officially recognized the trail’s significance in 1994. The association holds an annual commemorative hike the second week of July on one trail in the center of the Pyrenees. It is the longest and most difficult route, but was the most used because its difficulty made it hardest for the Germans to patrol. The association also has a museum in Saint-Girons, France. Both hike and museum are open to the public. For more information see http://chemindelaliberte.fr/page-accueil/the-freedom-trail? Please see www.pyreneesmountainadventure.com to see more photos and information on traveling to the area.