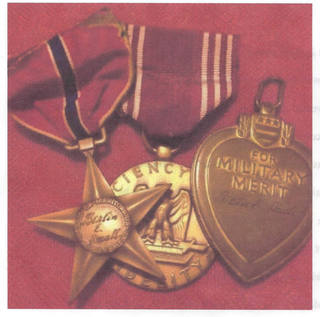 If research, which can take more than a year, fails to find family, the medal is placed where it will be honored, such as in a military museum. PHR foundation will attempt to return any kind of medal and other military gear, such as uniforms, jewelry or documents. For more stories of medals which found a home, to report a lost or found medal, or to donate to the organization, contact their web site, www.purpleheartsreunited.org. It includes a Lost Hearts database and displays information about the recipient of every medal that has been returned.