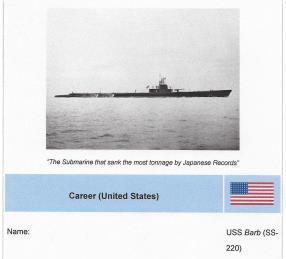 September 2, 1945: Documents signed in Tokyo Harbor end the war in the Pacific. The Barb’s eight saboteurs had conducted the only ground combat operation on the Japanese homeland during World War II. More significantly, Fluckey's aggressive style of fighting resulted in his ship sinking the most enemy tonnage of any US World War II submarine. In 1997, Fluckey wrote of his war experiences in the book, Thunder Below. It is still in print. For more information, see Wikepedia: USS Barb or Eugene B. Fluckey.