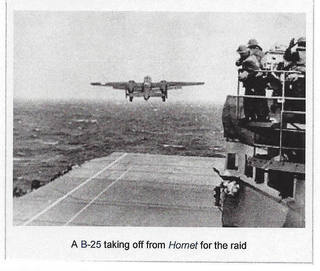 The Doolittle raid did little material damage to Japan, but raised American morale and forced the Japanese to shift resources to defend their homeland, weakening the navy that would face Americans two months later in the decisive Battle of Midway.
2 Comments