"Most enjoyable are the scratchboard illustrations by Asa Battles. They . . .are visual examples of the "hidden history" surrounding and underlying all these stories. 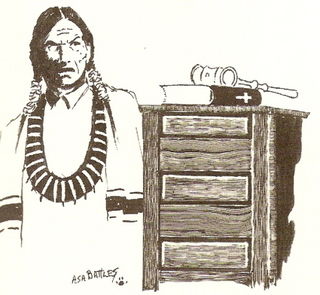 Standing Bear said, "I am a man. The same god made us both." 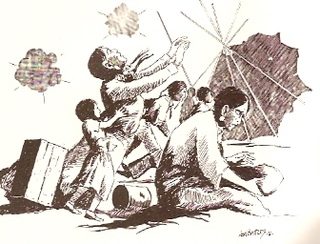 Wounded Knee -- With them died the last, desperate hope of the Sioux. 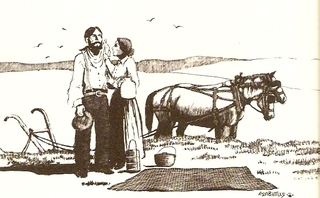 Hutterite immigrant Paul Tschetter -- Here they were and here they'd stay. One could hope. One must pray. God alone would decide the outcome.

People of the Old Missury: Years of Conflict

Out of print for several years, this book will be available as an ebook in 2013.

"Nancy M. Peterson's third book, People of the Old Missury: Years of Conflict , is another valuable contribution to the history of the West. Folks, this is how history should be written for non-scholars: an easy, flowing style that gently educates. Make no mistake, Nancy is a word crafter of the first order and she is at her best here."

By the middle of the 19th century, the huge Missouri watershed had been in American hands for nearly 50 years, and time was beginning to work its changes. Not that the troubled waters of the river itself were transformed. They continued to sweep where and when they pleased, regularly denuding its shores and using the kindling produced to scour out its valley.

Travelers still remarked on "a terror in its manner which is sensibly felt the moment we enter its muddy waters from the Mississippi." Most of them would have appreciated the irony, conscious or unconscious, in Daniel Boone's reference to the river as "the Old Missury."

It was no kinder to steamers than to keelboats, and one roustabout, exasperated at efforts to find and follow its channel, declared that God had creaated the world in seven days, but he had not yet made up his mind where he wanted the Missouri River.

Neverthless change had come. By 1850 enough voyagers had braved its waters and planted themselves on its shores, probed the valleys it drained and sampled the mountains which gave it life, that the nicks in the wilderness were becoming clearings, the trading posts, towns and the gardens, fields.

When Swiss artist Rudolph Kurz sojourned in the Missouri country from 1848 to to 1852, he. . . saw the beginnings of problems which would swell into bloodshed, and color the history of the river for most of the next 50 years.

Thrown against each other like cottonwood trees caught in the violence of the raging river, some people of the Old Missury splintered and disintegrated; others, though battered and torn, rode through the flood. Their stories, as individual as their faces, remind us how the currents of history can catch us all and sweep us irrestibly in directions never contemplated.

Nancy Peterson's People of the Old Missury: Years of Conflict, succeeds in bringing the past to life....Covering such varied individuals as Black educator James Milton Turner, Mennonite immigrant Paul Tschetter, John Brown, Sr.'s sons John and Jason, the Hidatsa woman Waheenee, and Frances Kelly, an American woman captured by the Hunkpapa. While a few of her characters (Sitting Bull, Theodore Rooseelt and James J. Hill) were famous, most of her subjects were the ordinary people whose activities created the Valley's history. Her chapters will lead many others to greater interest in the West and its peoples.

Journal of the West